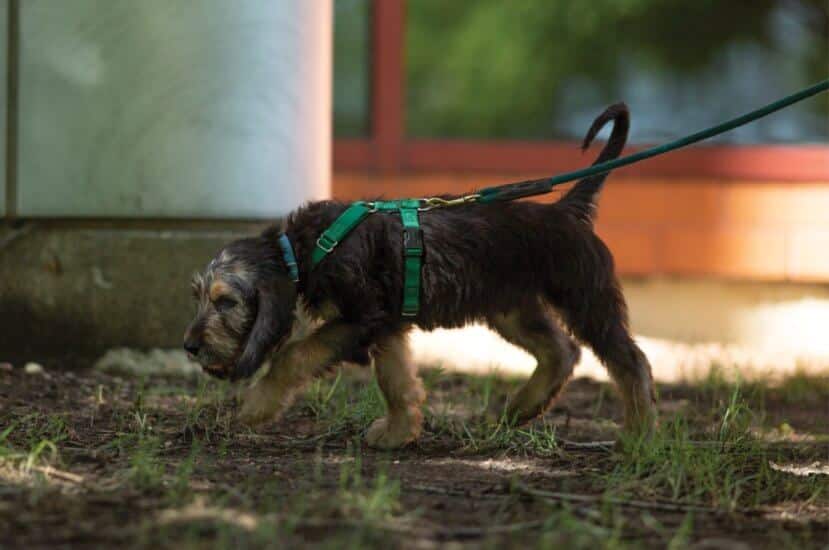 Picking an Otterhound Puppy | As I trotted quickly after my three-month-old on a short puppy trail, I kept thinking, “I’ve done it again.” Once again I picked the pup with the most energy and drive to take home. “Higgins,” like “Spirit,” has one speed—as fast as possible. Both are dogs I should have had when I was much younger. Over the years, I have had sweet, laid-back dogs and loved them dearly. But the high-energy puppy brimming with joy is the one that usually stays or picks me to come home with. Sometimes they are exhausting, but they do make good workers. So, what do I want when I pick an Otterhound puppy? 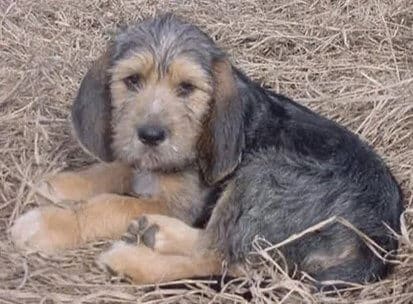 The conformation standard is based on the attributes needed to pursue and catch river otters, so aworking dog needs a good structure. I am attracted by good bone, proportion, angulation, and head. I have never tried to pick a pup at birth; I’m too concerned with a smooth delivery and healthy puppy. Usually the puppy personalities start to appear before I assess structure, so I’m not sure I can separate the two. Correct proportions, angulation, bone, coat, and head are key attributes of the breed. Sure, some dogs can be great hunters and track-ers because their hunting drive is so strong it overcomes a few conformation flaws. And some beautifully struc-tured hounds lack the drive to work, hence the saying, “That dog can’t hunt.” But when you get a combination of structure and drive, you have the makings of a winner. Most Otterhound owners call persistence stubborn-ness and sometimes see it as a flaw. I think persistence is necessary in a dog that has to keep hunting faint scents over rough terrain and rushing rivers for hours at a time. Spirit and Higgins are both very determined and always have been. On a search, or even in training in the sum-mer, I have to watch Spirit carefully to be sure she doesn’t overheat, because she never gives up when working.
Persistent dogs focus on their task and don’t want to give up until they finish. While Higgins is too young to do long trails, he shows his drive and enthusiasm no matter what he is doing. Persistent puppies throw themselves into everything at full power, whether it be tracking, eating, running or playing. It is hard to switch that focus off, and that is what I want in a tracking dog that has to ignore other scents, traffic, noise, and other dogs while working. 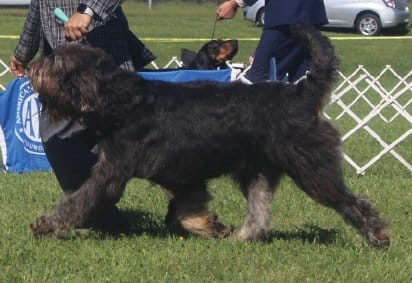 Puppies, like babies, want to learn and, in fact, are learning all the time—sometimes things we didn’t intend to teach them. Most hounds know the sound of a refrigerator opening and come run-ning. (If Icould only make that sound when I wanted my off-leash dogs to come…) My dogs have learned how to open gates, doors, and dog food containers just by watching me do it. Higgins knows exactly where the dog food is and jumps on the bin when I go to open it. His grandmother actually could open it, but he’s young and I have much to look forward to. They all surf the countertops for food if given the opportunity. But that same curiosity and zest makes it easy to teach them tracking and so many skills. I find Otterhounds are smart and learn quickly. 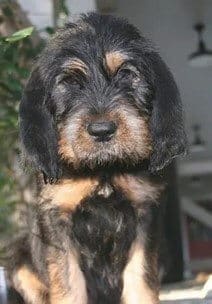 Personality is another key ingredient. Otterhounds are large and strong, so they need to be very friendly and love people; espe-cially a trailing hound. If finding a person is the goal of every trail, people must be the most delightful reward. Once a dog finds a per-son, he/she can’t ever show aggression, even if a frightened demen-tia patient does. Spirit’s biggest reward is lying next to a person who will pet her and tell her she’s wonderful. She has been known to moan in delight and roll on her back for a tummy rub. Higgins loves to lick the person he finds and he loves a food reward. 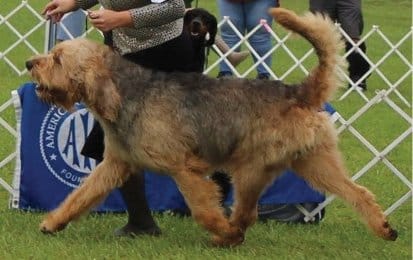 Confidence is just as important as friendliness. Even daily life and trips away from home are difficult for a frightened, nervous dog. How could a shy dog be successful working through crowds, in traffic, and past flashing lights from police cars, fire engines, and ambulances? The pup who shows curiosity about everything and has no fear of noise or new objects is the best candidate for a job and for life. Personality is both genetic and nurtured, and so much depends on a good breeder who will introduce puppies to a variety of objects to climb and play on, to new people who will hold and cuddle them, and to all sorts of sounds and bangs. 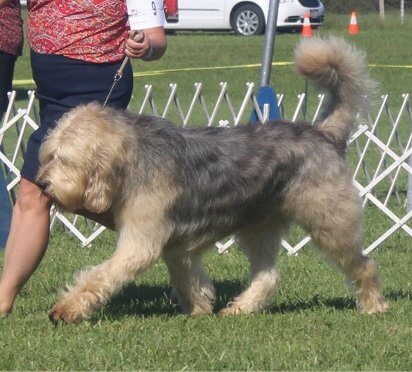 Watching a hound pursue a scent, despite distractions, over pavement, through woods and fields, and across creeks amazes me. They can do so much that we do not understand and they do it with joy. I am honored to be a partner with an Otterhound, even if they exhaust me trying to keep up with them.

This article first appeared as the Otterhound Breed Column in the AKC Gazette www.akc.org/products-services/magazines/akc-gazette/ and is reproduced here with permission. 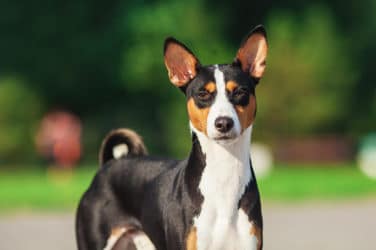 If you are a dog what do you do?

The fact that the dog loves PEOPLE in a way no other animal on ...