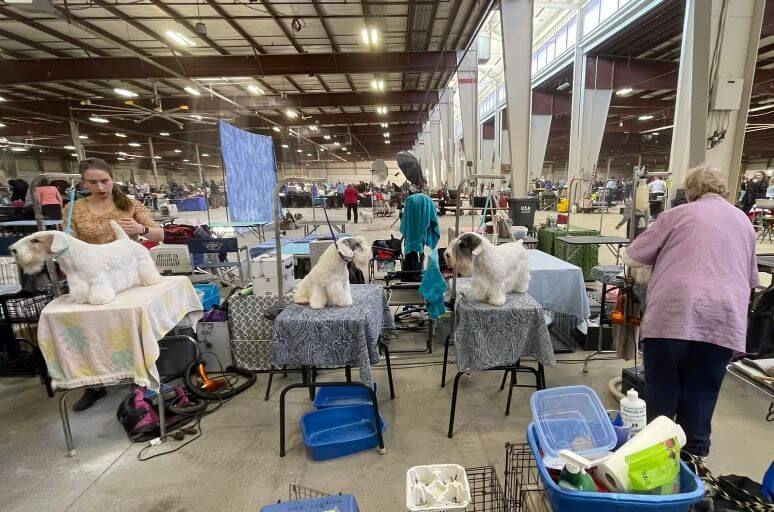 Psychology of Competition in Dog Shows – Since the dawn of mankind, people have competed in nearly every area of life. What may have begun with two men having a foot race, eventually, became the Olympics. In most sporting events, there is little to gain except the satisfaction of winning.

In our world of conformation dog shows, we often put in a great deal of work getting our dogs ready, paying entry fees, and absorbing the cost of travel just for the right to walk in the ring. Statistically, since there are more losers than winners, the majority will—at best—get a thirty-five-cent ribbon or nothing at all. It can be a case of much invested with little gained.

My goal in writing this article is to give you some tools for self-analysis that will shed light on your unconscious motivation to compete and, hopefully, increase your understanding of who you are as a competitor.

Psychology of Competition in Dog Shows – Our Competitive Nature

While our motivations might well be different for every exhibitor, we have all embraced something about our own competitive nature that keeps us engaged in the sport. Some of us show to prove that we have developed a successful breeding program, or to showcase our ability as a handler or groomer, or to put titles on our dog, or to have our name attached to a dog that is a top winner. Regardless of our motivation, there are underlying psychological factors that determine our “competitive style” and how we feel about winning and losing.

From a psychological perspective, competitiveness is the opposite of cooperation. This would indicate that the more competitive you are the less likely you are to be a cooperator. A “cooperator” is a person who gains pleasure from helping others and does not always have the need to put their interests first. A competitive personality is defined as one who enjoys interpersonal competition and desires to be better than others. However, due to the complexity of the human mind, this is not entirely the case. Since human beings are a “social species,” we enjoy social interactions, and competitors often form competitive groups or teams to help achieve victories. The relevant question that we should all ask ourselves regarding our competitive nature should consider how we approach competition: Are we more of a dominator or a cooperator? Our answer may also be tied to how one handles losses and feels about other competitors. (Spence and Helmreich, 1983)

Since the majority of people have never tried to define their personality type, I will give you some insight as to how this is done in a scientific fashion. We have all seen some of the silly personality “tests” that are posted in social media. For the most part, they are useless and have been developed solely for the purpose of amusement. Tell the truth. Did you take the test that asked questions and told you which dog breed was representative of your personality? OK, I did. I’m just glad that I am not a Pekinese. (No offense, David Fitzpatrick, I love your beautiful dogs but I just don’t see myself that way.) However, there is a division of scientific psychology that is referred to as “psychometrics” that develops tests to determine which personality traits can be measured and correlated to a “standard curve.” I’ll spare you the statistics lesson, but there are five traits that have been shown to be “psychometrically valid” and therefore testable. These traits are found in the “Big 5” personality test. These traits are:

In discussing competition, two of these traits, agreeableness and neuroticism, have been shown to be the key factors in determining one’s competitive style. Highly agreeable people are characterized as being sympathetic, helpful, and cooperative, while low agreeable persons are characterized as antagonistic, skeptical, and competitive. (Costa and McCrae, 1995) Low agreeable individuals would be expected to adopt a conflict style in which one focuses entirely on the achievement of one’s own goals or winning even at the expense of others. Conversely, high agreeableness individuals do not strive to win at all costs, since they can compromise their own outcome and appreciate the rewards that others receive. Because agreeableness tends to be an interpersonal factor that is expressed when cooperation and consideration are important, its absence would be reflected in a lack of concern for the outcomes of others.

The second of the Big 5 traits that is relevant to a person’s competitive style is neuroticism. Neuroticism is defined as emotional instability and maladjustment that is characterized by a higher level of negative emotions such as fear, anger, or sadness. People with high levels of neuroticism often have a poor image of themselves and low self-esteem. Individuals with higher levels of neuroticism are less able to control their impulses or cope with stress. A person with a high level of neuroticism will see competition as a form of conflict and perceive it as stressful when the outcomes are not what is wanted or expected.

It is important to keep in mind that all personality traits exist on a spectrum, with more individuals falling in the middle and fewer and fewer people scoring at the extreme low or extreme high ends. So, most of us are in the middle. By combining these two traits, we can define five different possible competitive styles:

If you look at these options with the thought that most of us fall towards the center of the personality spectrum, you will see that most people are likely to have moderate concern for self and moderate concern for others. This balance enables most of us to compete fairly, displaying good sportsmanship. I believe that it is important to restate that conformation dog show judging is a highly subjective enterprise. If we acknowledge this, first and foremost, we will walk away happier and less frustrated.

The competitive style that is truly the most problematic are the people who have high concern for self with low concern for others. Unfortunately, if you spend time at dog shows, you will see plenty of these individuals behaving poorly when they don’t get their way. Since every loss is a blow to their (often overblown) ego, they will continue their foul behavior, bad-mouthing the competition or the judge who has not done as they’d wanted.

Being immersed in the dog show world, I have witnessed many individuals (some even at the highest levels of the sport) behaving poorly; stomping out of the ring with a vulgar expression on their face, throwing a ribbon at their own people, or being benched for intimidation as well as many other very “childish” behaviors. Unfortunately, psychology has shown that people whose personality type features a high level of narcissism are unlikely to read this article or see anything wrong with themselves. This being the case, the best strategy is to avoid them. Don’t stoop to their level or engage them, since it isn’t going to change them anyway.

In my study of psychology, I have learned that most individuals lack the capacity for objectivity regarding their own appraisal of self. The best psychometric studies have repeatedly shown that only 8% of individuals have the capacity for objective self-evaluation. While this statistic is daunting, and you are challenging this notion, I’d suggest that you take 10-15 minutes to take the Big 5 personality test to learn more about yourself and see if there are areas where you would like to improve. Perhaps by recognizing more about your own psychological make-up you can improve your level of happiness in life as well as become a better competitor in the ring.

The test can be found, for free at https://openpsychometrics.org/tests/IPIP-BFFM/. You will not be asked your name or any personal information. This repository provides academics with large population groups to ensure that their studies are statistically valid. If you’re curious, there are othertests on this site that you can take for free as well. I want to emphasize that if you are struggling with any sort of psychological discomfort, seek the help of an accredited psychologist.

If there is a specific question that I can answer for you, please feel free to reach out on Facebook. I promise that I will answer to the best of my ability. See you in the ring, and remember to have fun and be a good sport!

Going back to my youth, there was a sports television show that aired every weekend called “The Wide World of Sports,” which featured sporting events from all over the world. In their opening credits, there was a line that all of us who watched the show will remember: “The Thrill of Victory and The Agony of Defeat.” The words “agony of defeat” were accompanied by images of a racecar crashing into a wall or the horrific image of a ski jumper wiping out. At least in the dog show game nobody is physically injured, but the psychological aftermath can, in some cases, be bad.

Psychology of Competition
What Motivates Us to Compete in Dog Shows and Why Do We Behave as We Do?
By Michael Nelinson 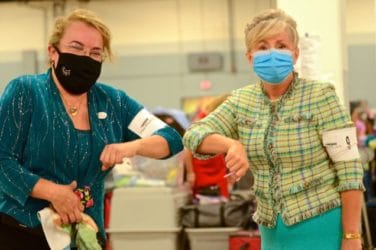 Enjoy these candids from this year's Carolina Foothills Dog Show Cluster which was held ... 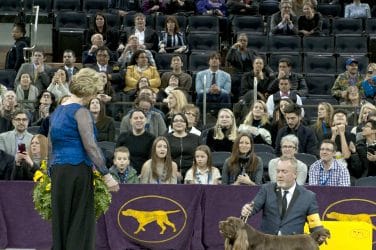 Each month we ask our readers to give us their thoughts on a variety ... 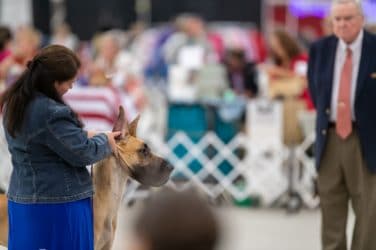 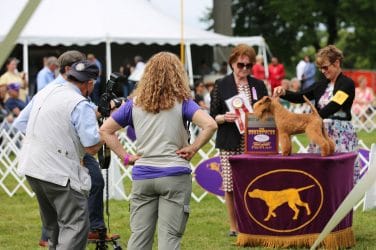 Dog Show Photographers | Preserving Your Memories: By all accounts, man has always had ...