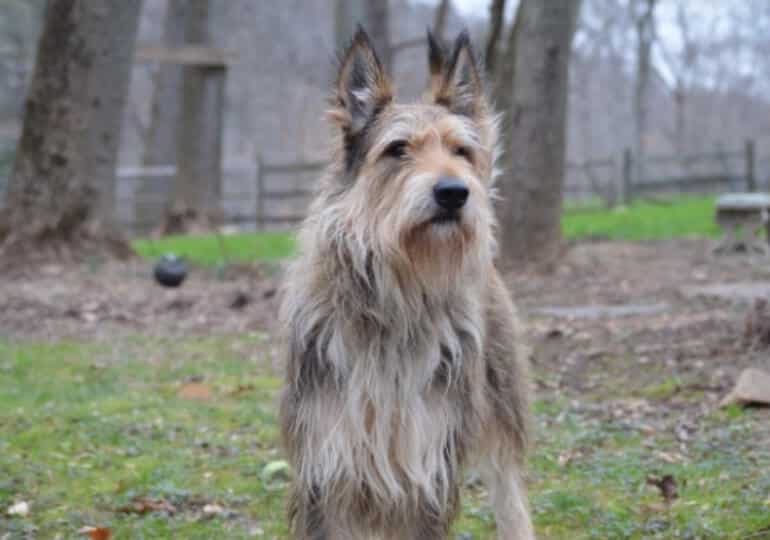 Since entering the Herding group in July 2015, purebred Berger Picards have received attention, interest, and accolades from judges we well as onlookers. Their numbers continue to increase slowly in the US.

The Berger Picard Club of America was formed to preserve and protect the breed as the French intended. It is important to know at least some of the history of this rustic breed in order to appreciate how they should be presented in the show ring.

For centuries purebred Berger Picards were a utilitarian shepherd’s dog, an all around farm dog, with the duty of moving large flocks of sheep from place to place and patrolling the perimeter. Thought to be the oldest French herding breed, they were never a fancy, groomed dog, in fact in the late 1880’s several Picards were turned away from a dog show as they appeared too rustic! The club has fought to maintain that rustic, tousled appearance as well as the function of this wonderful breed.

Hallmarks of the breed

This is an athletically built dog of rustic appearance. This means dogs should be in good physical condition, naturally muscular, strong appearing, but slim, who look ready to work all day without tiring.

The gait should be efficient, demonstrating effortless, fluid movement. These dogs must be sound and solid, built to work all day. They should be just slightly longer than tall, measured from the point of the shoulder to the point of the rump (10% longer at most) with smooth, effortless movement, each long stride covering maximum distance in an easy, smooth gait. They are shown on a loose lead with the head carried at or only slightly above the topline in movement. The head should not be held high when moving, as it alters the gait and interferes with stride length. There are still Picards being shown this way, and while it is flashy it is not correct, and should not be rewarded.

With smaller ring sizes, it is encouraged that the examiner move the dogs around the ring more than once to demonstrate this easy, lovely motion.

Heads are strong, without being bulky, with parallel planes formed by the top skull and muzzle. Roman or down turned noses are not correct, which at times can be obscured by the hair of the muzzle. The length of the top skull and length of the muzzle should be equal. The Picard has a griffonage, including both the beard as well as natural eyebrows, which should not be so thick as to obscure the eyes.

Eyes are almond shaped, lined with dark pigment and a rich dark brown, with slightly lighter shades of hazel and medium brown acceptable—but never yellow. The naturally erect ears are a striking and important feature of the breed, ideally set at 11 o’clock and 1 o’clock, giving the dog an alert, intelligent expression. Ears should only be hand stripped to remove the fringe obscuring the outline, never scissored or shaved.

The coat is a crisp, harsh outer coat that naturally falls in flames down the dog’s sides. Picard should be presented clean, but NOT fluffed and buffed, blown dry and sprayed, with not a hair out of place. They should NEVER be scissored or sculpted. Judges are strongly discouraged from rewarding dogs that are over groomed. A Picard may be brushed before entering the ring, but one shake and that bed head look should be back—just the way they are supposed to look!

The tail is long, always reaching the hock and ending in a J-shaped hook. Tail carriage should be a natural extension of the toppling and used as a rudder when herding. When standing, the tail drops to the level of the hock, ending in a J-hook, as with the Briards. Tail carriage when moving should remain a natural extension of the topline, carried at about the same level with the J-hook end slightly higher or below. No portion of the tail should be carried over the back or touching the topline.

If a tail is set high, with a flattened croup, not only tail carriage but rear movement and stride length will be affected, decreasing the dog’s ability to do its job efficiently. J-hook tails carried over the back, touching the back, too short to reach the hock, a saber or straight tail without a J, are all incorrect and should not be rewarded.

The breed in this country has had an issue with incorrect tails—breeders should be aware of this and work at correcting it.

When judges reward dogs with incorrect tails, it sends breeders as well as exhibitors the wrong message.

Temperament is also very important. The breed in general is described as “aloof with strangers”. As a rule, Picards are extremely bonded to their owner, or their “shepherd”. Adult Picards should exude a quiet confidence, an “I’ve got this” attitude. Most are not initially outwardly friendly to strangers, but that does not mean they should be afraid. It should just mean the dog is sizing things up. They should be approached with the first contact under the chin, never over the head, and never directly looking into their eyes for too long, and with a calm manner.

Most owners and exhibitors are aware of this and have worked very hard to socialize their dogs, but it is still something to be aware of, especially with young dogs and novice exhibitors.

Picards are extremely lovable, easy dogs to have around the house as long as owners train and, again, socialize them so that they are confident. Most breeders in the US work hard at this with baby puppies, which seems to have made a huge difference, but owners need to continue this during a young Picard’s life.

They are somewhat stubborn with basic obedience and while they truly never forget what they learn, they may not care to repeat a task.

Picards really do have a sense of humor and as long as their owners do as well, things will work out just fine! Some Picards have been successful with obedience competition,rally and agility, as well as dock diving and barn hunt, but they truly excel at what they were bred to do—herding sheep.

They are beauty in motion when that natural talent is brought out. More and more owners are taking the time to work with their dogs at herding sheep, competing and just for fun.

Once again, I would like to stress, the Berger Picard Club of America, and I daresay most owners of this breed, do not want to lose what our dogs were bred to do, or bred to BE, which is a naturally rustic herding dog—even in the conformation show ring.

We continue to implore those evaluating our breed to understand this an enjoy them as we do.

Purebred Berger Picard in the Herding Group
From the April 2019 Issue of ShowSight. 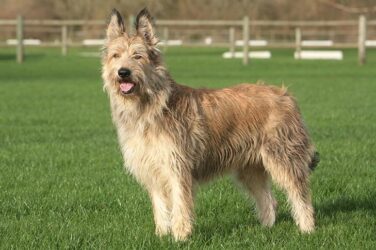 We asked the following questions to people in the purebred Berger Picard community. Here ... 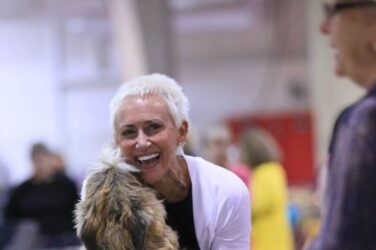 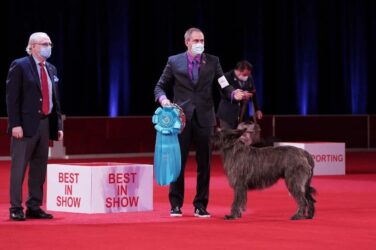