Most dog people these days are aware that clicker training exists and have a basic understanding of how it works. Click and treat until the dog understands that the click means food is coming (or whatever reward your dog likes best), then use the click to mark when he or she does something right and use it to shape behaviors. But what makes using a clicker better than just using your voice as a marker? 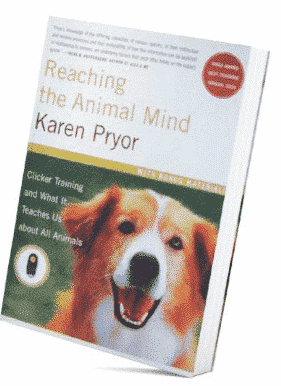 Karen Pryor’s book Reaching the Animal Mind answers this question and many others. It is not a new book—it was published in 2009—but it goes deeper into the science of how and why clicker training works than any class or seminar I have attended with my dogs. My theory was just that the clicker acts as a very obvious signal to the dog that we are learning something new and it is time to be creative, because my dogs go bonkers when I pull out a clicker. There’s actually a lot more to it.

By pairing clicks with food, we make the clicker into what is officially called a conditioned reinforcer—we have conditioned the dog to expect reinforcement, or rewards, when she hears a click. This gives the click itself value to the dog, even though it doesn’t actually benefit her directly. It’s just like hearing an ice cream truck—the song doesn’t actually do much for us, but it means that ice cream is coming. Conditioned reinforcers don’t have to be sounds either—some researchers working with rats have used colored lights, and all of us know that feeling of rush and excitement when a traffic light finally turns green!

Through her discussions with various researchers, Pryor learned that conditioned reinforcers are processed by the amygdala, a section of the brain. The amygdala is an “old” section of the brain and is present in all complex vertebrates. It is best known as the fear center of the brain, because it is responsible for our dramatic and reflexive reactions to bad things (such as the fear of spiders or snakes), but it also handles other emotions and other memories. The amygdala functions as something of a shortcut for things that the brain has already processed and categorized.

Conditioned reinforcers such as clickers fall under this category. Once the dog has been introduced to the clicker, that click sound bypasses the cortex and is processed swiftly by the amygdala, which then triggers memories that the click means a reward is coming.

Spoken words, such as “good,” don’t get the benefit of this shortcut because our voices convey too much information. No matter how hard we try, there will always be slight variations in tone and volume that indicate to the dog how the trainer is feeling. In my experience, dogs read the information they get from tone much more easily and strongly than the information they get from the actual words. For example, if I tell my dog she is the worst dog ever and I’m going to get a better dog in a silly voice, she will wag her tail and smile at me, but if I tell her she’s a good dog when I’m angry about something else she’s going to be giving me shifty looks (my one dog leaves the room if my tone shifts when I’m talking on the phone—even though I am not oriented toward her, let alone speaking to her, she knows trouble is going down and wants no part of it).

Pryor also found that in her experiences working with dog trainers, our timing is usually better with the clicker than with a verbal marker—which makes sense, because being able to move quickly and accurately has more survival value, so our brains and bodies have worked hard to fine-tune those abilities over thousands of years. Language is important, but the ability to talk your way out of a speeding ticket is less important than the ability to snatch a fish out of the water.

Obviously, dogs still learn perfectly well with verbal feedback. Lindsay Wood, MS, CTC of Hunter College conducted a study to compare the speed of learning when using a clicker versus a voice marker. She used 20 dogs from a local shelter that appeared to have no prior training based on their lack of response to commands for sit, down and shake. Each dog was paired up with another dog most similar in age and breed, then one dog from each pair was assigned to the clicker and voice groups. All dogs were then taught to touch a target—a foam ball on a stick with legs—on command. She used tape on the floor to measure the dogs’ progress and all training sessions were timed and videotaped. The end goal was for the dogs to learn to nose touch the target and then do so immediately after being told, “Target.”

Wood’s findings were that the clicker group learned to touch the target more quickly and with fewer reinforcements (either a click or the word “good”). On average, dogs in the clicker group learned to touch the target in 36 minutes of training, whereas the average time for dogs in the verbal reinforcement group was 59 minutes. The biggest difference in learning speed was in the first stages of the behaviors (approaching then touching the target). Dogs in the clicker group achieved proficiency at the initial stage of each behavior significantly more quickly than the verbal reinforcement dogs, but as those behaviors were refined the verbal dogs began making progress just as quickly (so although it took the verbal dogs longer to figure out that they needed to touch the target apparatus, once they figured that out, they refined the touch to just the foam ball in similar fashion to the clicker dogs). You can read the complete paper, “Clicker Bridging Stimulus Efficacy,” at www.clickertraining.com/files/Wood_lindsay_clicker_bridging_stimulus_efficacy.pdf.

The takeaway message is that clicker training provides very clear feedback to our dogs, and that feedback facilitates faster learning of new behaviors. Once a particular behavior is mastered, the clicker is no longer required and you can just praise and reward for a job well done.

One of the common concerns that I have heard from dog people about clicker training is that dogs will become dependent on the clicker and unable to function without it. This is, happily, a myth. Once a dog has learned how to do any behavior, it should be paired with some sort of cue, be that a word, hand signal or object (the presence of a grooming table serves as a cue to my dogs to jump up on it, which has led to some goofy episodes in grooming tents!) At that point, the dog should only be rewarded if she performs the behavior after being cued—no cookies for forcibly giving you a high-five when you aren’t ready for it. The cue then becomes a tertiary reinforcer, a signal to your dog that if she performs the desired behavior now, she will get a click and a treat. The cue itself has value. It’s like being frustrated because you don’t know what your boss wants you to do, then being assigned a project—it gives you a clear path to follow that will enable you to succeed. Once the dog has paired the cue with the behavior, the clicker is no longer necessary. She knows what she needs to do when given that hand signal.

Mastered behaviors also don’t need to be rewarded every time and shouldn’t be. Sometimes your dog might have to do two spins to get a cookie, other times three and other times just one. Establishing this variation keeps your dog engaged because it maintains the game-like feel—while clicker training the new behavior, she had to guess what action was earning her the treats and now, she has to guess how many times will get her the reward. In conformation, we usually have the option to reward as often as we want, but we keep things interesting by varying the amount of time that we want our dog to hold a stack. Sometimes she might only need to stand for two seconds to get a treat, other times a couple minutes while the judge walks up and down the line. Rewards can be mixed up, too—sometimes just verbal praise, other times a rub and playing with a toy and other times really good treats.

Historically, I have usually used clicker training for tricks and behaviors like picking up and holding a dumbbell. I have occasionally used it to fine-tune freestacking, but usually teach the basics with a combo of physical manipulation and verbal praise. My dogs have all loved clicker training, so there’s no reason not to expand my use of it! 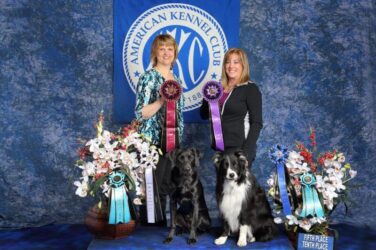 It’s Not You, It’s Me – How Handling Can Make or Break Your Performance

Handlers are quick to blame the external environment for the dog’s mistakes. However, we ... 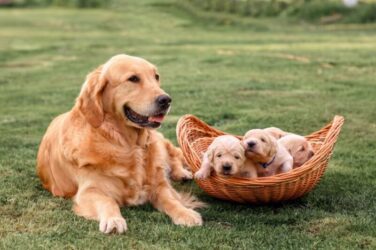 “Is this grown-out pick puppy worth keeping? Is it worth breeding from?” The cycle ... 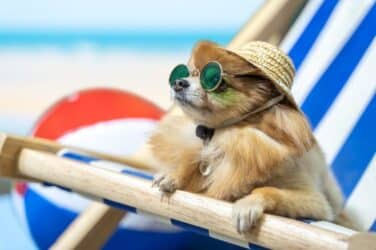 Many people keep their dogs as housedogs. This is emotionally preferable, but dogs need ...