When did you learn that you were selected to be this year’s Best in Show judge? What was your reaction?

Dr. Donald Sturz: In early 2021, I was asked to join a Zoom meeting with the then WKC President Chat Reynders and Co-Chairs Dave Helming and David Haddock to discuss the 2021 show. I believed this had to do with my knowledge of the television production side of the event. Toward the end of the meeting, it was stated that a decision had been made to take me out of the television broadcast booth. A bit shocked, I immediately wondered to myself what I had done that warranted this action. There was a long pause of uncomfortable silence. Then Mr. Haddock said it was because I would be down on the floor judging seven dogs! I shouted in excitement and disbelief. We all had a good laugh afterward. The whole idea of it was surreal to me!

Dr. Donald Sturz: My family attended the Westchester Kennel Club show on the ground of Lyndhurst for many years and I judged that show on those grounds as well, so it holds many memories for me. It is also steeped in dog history as multiple generations of families who owned the estate were involved with breeding and showing dogs, so it has a historical connection to our sport as well. It seemed a very fitting alternative for the historic and iconic Westminster Kennel Club Dog Show. It was different in many ways from the city-based version, but the Westminster Kennel Club and Fox Sports recreated the magic spectacularly.

You’ve been an on-air commentator at Westminster for a number of years. Did that role prepare you to step onto center stage?

Dr. Donald Sturz: Absolutely. I was committed to my role as a judge and took the responsibility of the moment very seriously. I was thrilled but also humbled. The Westminster Dog Show is an international media event being viewed all over the world, live. Through my role as an on-air analyst, I have learned a great deal about the television production side of the equation. Timing is crucial and having the content be meaningful, engaging, and entertaining is essential. It’s important for the viewing audience at home to feel a connection. I wore a microphone and tried to be audible with my conversations with the handlers and my interactions with the dogs. Maintaining a good but unrushed pace, I attempted to share the upbeat energy I was experiencing.

Dr. Donald Sturz: The media coverage is incredibly important. It creates broad access and allows more people around the world to be included. It also serves to inform the public about our sport and highlights the value of purpose-bred dogs and the important role that dogs play in human lives.

Dr. Donald Sturz: Westminster is the second longest continuously running sporting event in the United States, second only to the Kentucky Derby. Over 146 years, the club has navigated wars, economic crises, social upheaval, pandemics, and catastrophic weather. The history of the event not only runs parallel to the history of our nation, it also marks personal histories of those who have participated in our sport. So many people share Westminster memories and speak of milestones associated with the event in the run-up to the show each year. Westminster has an incredible platform from which to educate and inform the public about our sport and the importance of preservation breeders. It is the most iconic and prestigious dog show in the world and, as such, people seek it out. It is always a challenge to maintain traditions and evolve to remain relevant. Westminster has always done this impeccably well.

Dr. Donald Sturz: Westminster is a celebration of canine companionship in general, with a focus on conformation and performance excellence generally. Within that, the club consistently references the importance of preservation breeders. By celebrating purpose-bred dogs and informing the public of the value of purpose-bred dogs in our lives, preservation breeders are highlighted and acknowledged. It’s an opportunity for the public to learn about specific breeds and how one breed may be a better fit for one’s lifestyle than another or expose them to a breed they did not know existed. It also creates a view of some of the types of events people can participate in with their dogs through not only the conformation show but the Masters Obedience and Masters Agility competitions. The messaging is consistent with regard to the value and importance of preservation breeders as being synonymous with the excellence that is associated with Westminster.

Dr. Donald Sturz: The moment the dogs began entering it became obvious the task ahead was going to be challenging. For me, it was one of the most competitive line-ups I have seen in a while. My process was to view them each on the night with no preconceived notions and allow them to sort themselves out. It was also important for me to create a positive atmosphere in which we could all enjoy the moment.

The first examinations revealed that there was no weak link. Each possessed a great degree of breed-specific virtues both statically and in motion. Some gave way on the free-stand and final go-around. The free-stand, for me, is not about nailing the stack, ears up, and tail wagging, although that is exciting to witness. It is more about seeing how dogs carry themselves, place their legs on their own, and the type of presence they convey specific for their breed. In this moment, a few dogs began to stand out from the rest.

The French Bulldog excelled in expression, bone, substance, and outline, and kept his topline and frame in motion, his breeder-owner handler moving him at just the right speed. He performed flawlessly and truly conveyed the character of the breed. At a time when so many breeds are under attack around the world, he is truly an ambassador for brachycephalic breeds given his vibrant health and vitality. It was a pleasure to award him Reserve Best in Show.

The Bloodhound excelled in head and eye, make and shape, and bone and substance. He stood over his ground with feet planted four-square immediately. His breeder-owner handler deftly guided him without undue support and, in this moment, he looked at me with a soulful expression and conveyed great pride and strength. Then he went around; powerful, ground-covering, and elastic. All the Group winners were of very high quality, possessed an abundance of breed-specific virtues, and werebeautifully presented. Each was more than worthy of winning. One must value that which is not often seen or is difficult to come by. And there he was, the Best in Show winner at the 146th Annual Westminster Dog Show, the Bloodhound.

Dr. Donald Sturz: I am grateful to the members of Westminster for their confidence in me and the honor they bestowed upon me by inviting me to judge Best in Show. I am even more grateful for their ongoing, unwavering commitment to excellence in the event and in our sport.

I am grateful to the members of Westminster for their confidence in me and the honor they bestowed upon me by inviting me to judge Best in Show.

Have you got any advice to offer next year’s BIS judge?

Dr. Donald Sturz: Judging Best in Show at Westminster is a once-in-a-lifetime time experience. As Mr. Edd Bivin said to me just prior to the event, “Take a deep breath and enjoy yourself.”

Everyone’s a Spectator At Westminster

Stop Look and Listen: Everyone’s a Spectator At Westminster The few benched shows that ... 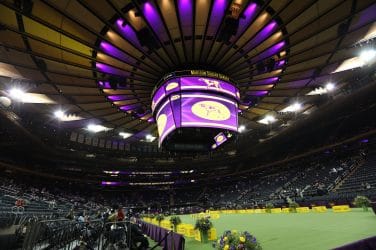 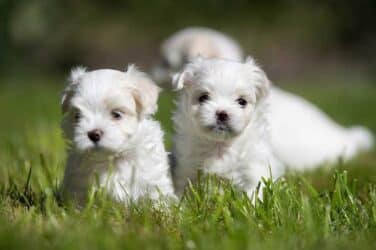 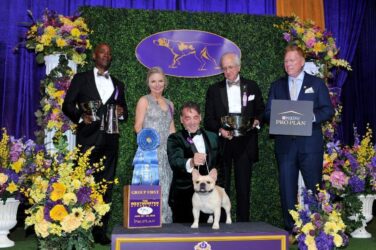 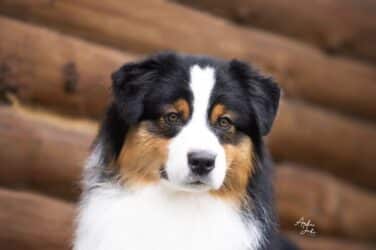 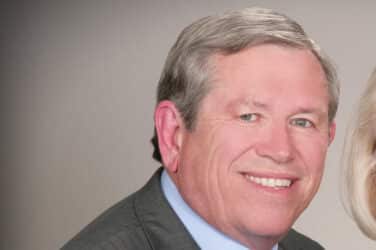