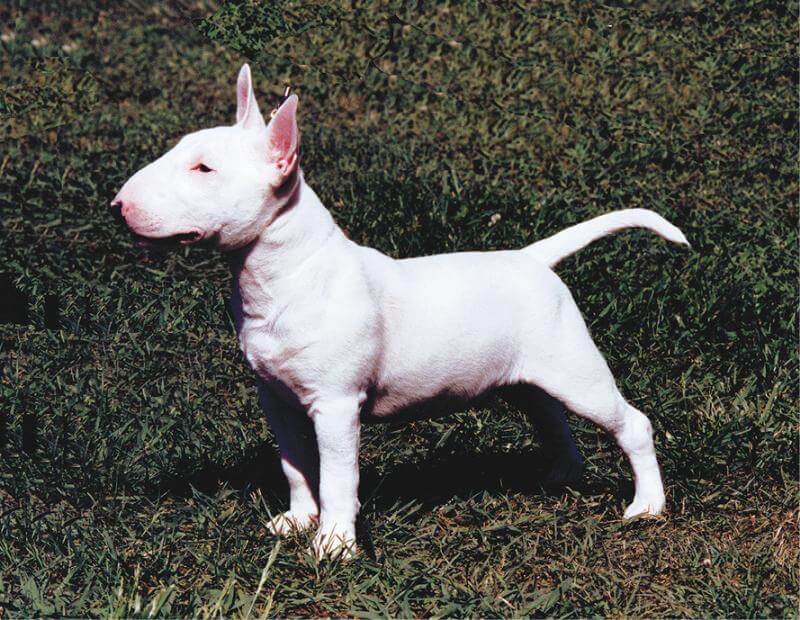 I received an email from an old friend, a Terrier person tried and true. I’ve deleted his name to protect him from the uninformed, but there isn’t a Terrier person out there who won’t read this and
laugh knowingly.

He said, “My pups had a great Easter. We took them into the lower pasture while we were working. I heard some barking but let them play. They were loving being next to the bull, the little female licking the bull’s huge black head.

…Then I noticed that little Petunia had a dead body hanging from her mouth. She and Huck were playing keep away with the little creature. We went to investigate. Sure enough, they had found a nest of bunnies and had their own Easter Bunny—lunch. Sort of disgusting, but the bunnies died quickly and the pups had a super holiday.”

I share this because those Terrier pups were doing what they were bred to do! Bunnies are cute, but to Terriers, a pest is a pest. And to anyone who keeps a garden, bunnies are pests!

Bunnies are cute, but to Terriers, a pest is a pest. And to anyone who keeps a garden, bunnies are pests!

My first purebred Bull Terrier, a lovely bitch from Winkie Mackey Smith, came bouncing into the living room one evening. She could have been Lassie with a case of the mumps as she did the “hurry up, c’mere, quick, now, hurry, trouble!” movie scene.

Laughing, I got up to see what she wanted. She scrambled ahead of me, rounded the corner into the kitchen and then, tail quivering, muscles taunt, her egghead “pointed” the countertop. “What?” I asked, looking at the clean counter which, from her short perspective, she couldn’t see.

“Yes, yes, right there, can’t you see it?” she barked, bouncing up and down in frustration. I looked again. Nothing on fire. The toaster was just sitting there next to a cold coffee pot. Cutting board. Loaf of bread. A coffee cup that should have been in the sink.

“What is it?” I asked. Mighty Mouth (yes, that was her registered name and her call name) rapped a short, emphatic bark that sounded like “Damn!” As I turned back to have a last look at nothing, I heard a rustle. Hmmm. I glanced down. Head cocked, ears pinned, eyes flashing—it wasn’t my imagination. A Bull Terrier had something “treed” on my kitchen counter.

“Bill????? Come in here,” I called. Mighty Mouth glanced back over her shoulder. She knew exactly what I’d said. Her ears twitched backwards when he, sighing, got up. I heard her think, “Hurry, Bill!”

My husband couldn’t see anything either. Me and the dog insisted something was there and, grinning, he admitted that her nose was probably keener that our hearing.

I picked her up so that she could watch as Bill reached over and swept the coffee pot, cup, and toaster to one side.

Wait! There was that scurrying, rustling sound again. Mighty Mouth whined. She was intently fixed on either the coffee pot or the toaster. Bill jiggled the pot. Nothing. Tapped the toaster. There! Just a glimpse, but I nearly dropped her as she struggled to get at it.

I set her down as Bill unplugged the toaster. He placed it on the floor a foot in front of Mighty Mouth, and for a moment, there was dead silence as she frozen in that Terrier “pose.” Then, whiskers twitching, there appeared in the toast slot, a mouse’s nose. The Bull Terrier was enraptured. Motionless. I cast a furtive glance at Bill. He rolled his eyes.

Ever so cautiously, the tiny mouse poked its head higher to have a look around. Seeing no movement, (the three of us were mesmerized) it eased a teeeeny bit higher.

Whhoosh! It happened so fast that had I not seen her swallow, we would’ve thought it got away. She gulped a second time and the “lump” midway down her throat went on down. She gave a double-triple whirly-spin, tail wagging furiously, and looked hopefully up at the counter.

Ch. Banbury Mighty Mouth O’BJ is forever preserved in my heart. She was the white “tumor” attached to my Akita bitch’s neck for the first few months. She was the oddity that regularly regurgitated an assortment of screws, nuts, cigarette tin foil, pebbles, coins, and on special occasions, presented us with things like the missing car key.

She ruled the dispatch office and entertained our plumbers. She had a new trick for every audience. She was a stitch when she got slightly tipsy on the beer the guys gave her during our New Year’s office party.

Mighty Mouth was my constant companion; my lap dog, back before purebred Bull Terriers became 80-pound wonders. When I was dreadfully sick with the flu, she was the most comforting nurse I ever had as she laid warmly next to me, utterly still except for when I moved. Then she would lay her football head on my body and wait, watching to see if I was getting up. For nearly 24 hours she refused food, water, and potty trips.

The second day, with my husband’s help, I got up and coaxed her to the door to go out. She squatted a foot from the back steps and then bounded back to the porch where her eyes met mine. We went back to bed. Bill brought me hot tea and she politely wet her tongue in the water bowl he offered to her. The next day, out of pity for Mighty Mouth, I got up and moved to the living room…

She taught me what a real Terrier can be and should be. Fifty years later, my Terriers shrunk to Toy Breed size, I still miss my Mighty Mouth. Thank you, Winkie…