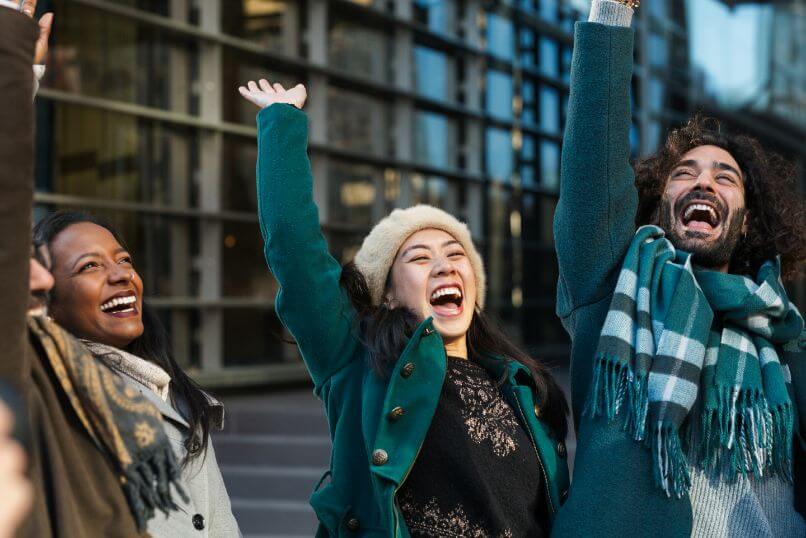 The words “success” and “failure” are common fixtures in our lives and in our vocabularies. They are also words whose meanings will vary from person to person.

In the dictionary, success is defined in many ways:

In the Merriam-Webster dictionary/thesaurus there are 78 synonyms and antonyms for the word SUCCESS.

On the other end of the spectrum, failure is defined as:

In that same Merriam-Webster dictionary/thesaurus there are 127 synonyms and antonyms for the word FAILURE.

As you can see, the interpretation of both of these words varies a great deal as to how they are applied in our everyday lives and activities.

While living in Memphis, Tennessee, years ago, I had the unique opportunity to be involved with St. Jude Children’s Research Hospital. It was there that I witnessed many amazingly successful miracles, as thousands of children suffering from various forms of childhood cancers overcame the odds and were declared, “In Remission.” The cure allowed them to proceed into somewhat normal and fulfilling lives. At the same time, I also saw those children whose battles were lost when the treatments were not effective. Unfortunately, the failure of the medical procedures led to early and untimely deaths, with devastating effects on those families touched by the loss of their child.

When it comes to cancer and other medical conditions, we have all seen many friends and family members battle various health issues. Some of those battles are won while others are lost.
In the business world, many entrepreneurs have also had a history of failures that they’ve learned from, and battled through, before going on to become successful.

Many of man’s greatest inventions were only a success because of the trials and failures experienced along the way.

In sports, success is measured differently by numerous individuals and ranking systems. A baseball player that has a .300+ batting average is considered a superstar, even though it means he has failed at the plate 70 percent of the time.

At schools like Alabama, Ohio State, Clemson, Georgia, and others, anything less than a Conference or National Championship is considered a failed season, while schools like Vanderbilt and Kansas consider an above .500 record and a trip to a bowl game a fantastic season.

We all enjoy watching our children grow up and achieve success in academics as well as in life. We also cry along with them and give them support when life fails them.

Defining Success in the Sport of Dogs

Those of us who compete in the various outlets that the sport of purebred dogs provides for us know that each one of us may define success in our sport in very different ways.

As a new exhibitor, simply winning that first ribbon, points, major, and eventual championship, and possibly, grand championship, will be seen as a major success to that individual. Likewise, the newcomer to the performance events is excited by early achievements in Obedience, Rally, Agility, FastCAT, and the many performance opportunities they provide. Those of you who are seasoned veterans of our sport, at times, need to reflect on how excited you were by early wins and how much harder you worked to improve because of your losses.

There is no question that the evaluation of success varies among all of us in this sport. For some, they aspire for a Top 10 ranking in the Breed ring. Others want to achieve the highest level of grand champion available. Some want to be nationally ranked in Breed points as well as Group and All-Breed ratings.

We also now have the National Owner-Handled Series (NOHS). Many individuals truly enjoy participating in this competition as well as in the rankings and multiple levels of recognition that it provides them.

Various levels of success can have so many different paths toward achievement. The road is also often filled with many variables along the way.

There is only one Winners Dog and one Winners Bitch at each show. Winning the points is step one. Earning 15 points with at least two major wins of three points or more is step two. Points must be won under at least three different judges on the path toward completion of the title.

Depending upon the breed and the geographic area of competition, those points can vary a great deal. While in one division it may only take four dogs for that elusive major, it may take 15-20 in another division to earn the same number of points. So, location does factor in the results for some.

Achieving higher levels and rankings also presents different obstacles along the way. First, to achieve those rankings, the number of shows attended (combined with wins and numbers of dogs defeated along the way) will produce a certain level of success. In some breeds, the hardest part of being ranked is winning the Breed. For example, in breeds like Golden Retrievers, Dobermans, Boxers, Vizslas, Dachshunds, and many others, the Best of Breed ring is often filled with double-digit entries, making it very difficult to get to the Group. In other breeds, there may be only one or two dogs in the Breed ring, making the path to the Group a pretty regular thing.

Rankings and Other Factors

When we look at the rankings, it is not uncommon to see a dog ranked high in Group and All-Breed points, but not as high in the actual Breed competition ratings. This is simply explained by the fact that in some regions there is more difficult competition at the Breed level than in other areas.
Another factor is an individual’s ability to attend shows. Is an animal that has been shown 10 times and won seven Bests of Breed and several Group placements of better or worse quality than one shown over 100 times with 50 Breed wins and 25 Group placements?

Do advertising, exposure, and the handler make a difference? There is no question that everyone will agree that there are times when they do factor in the outcome. There is also the ability to travel to different parts of the country to avoid competition as part of the equation.

In our world today, many of the top-ranked dogs rarely compete against the other top-ranked dogs in their breed, except for a few special shows such as the National Specialty, Westminster, and the AKC Royal Canin show in Florida.

Many years ago, most professionals simply stayed in their home territories and took on all comers. Today, the handlers talk among themselves and try to avoid direct competition, when possible, to increase their chances for success.

As you can see, achieving various levels of success in the Breed ring will greatly differ for the exhibitors and owners of the exhibits.

Today we often hear the term “preservation breeders.” Hopefully, any person who decides to dedicate himself to the responsibility of becoming a breeder is concerned with preserving, protecting, and advancing the breed through high-quality breeding practices.
Those who work toward these goals will always be up against the puppy mills as well as the mixed-breed and designer-breed people. Our practices are also always under attack by PETA and other AR activist groups.

Some breeders attach success to the number of champions and titleholders they can produce. While this is a commendable goal for some, I think most breeders, first and foremost, are breeding for themselves and improving their lines toward that “perfect” specimen.

Demand for pets is high in our country, and the ridiculous prices being paid for “doodles” is amazing. As Pat Trotter said at the Garden last year, “All show dogs are pets, but not all pets are show dogs.”
If you are a responsible breeder, why do some of you sell your pets as “show dogs” when they are not of the highest quality? If the newer exhibitors are to come to our sport and stay, they need to be supplied with the best you have so that they can also be successful. I hear people say that they want to first see that someone is very serious before giving them one of their best. I understand the reasoning, but find it counterproductive to building up our sport with “new blood” so that they can win and succeed.

My goals as a breeder are the improvement of my breed by using those specimens with great temperaments, high-quality health testing, and a proven pedigree. Like most breeders, I would love to see the offspring have a successful career in the show or performance arenas, but for me, my number one goal for any puppy I sell is that it goes to a high-quality “forever home” where it will be a responsible and loved member of the family and a true ambassador for my breed.
Carol and I enjoy getting photos from our puppy buyers and the notes about how much joy the puppy has brought to their families. As with other breeders, we also get calls from those same people, 12-15 years later, when one of their dogs has traveled over the rainbow bridge and they would like another, “just as perfect” as the one they lost. It is these moments that make the hard work and dedication worthwhile.

Our journey through life as well as our world of purebred dogs will be filled with both success and failure along the way. How we measure success will also differ among us all. What matters most in the journey is to always see your path clearly and not allow outside influences to put a damper on your goals and on what you see as your road to the success you seek to achieve. 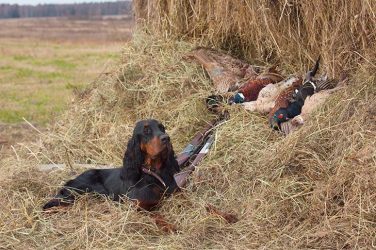 For as long as anyone can remember, the motto of the Gordon Setter Club ...

THE AMERICAN KENNEL CLUB ANNOUNCES BREEDER OF THE YEAR BY SPORT WINNERS   New ...