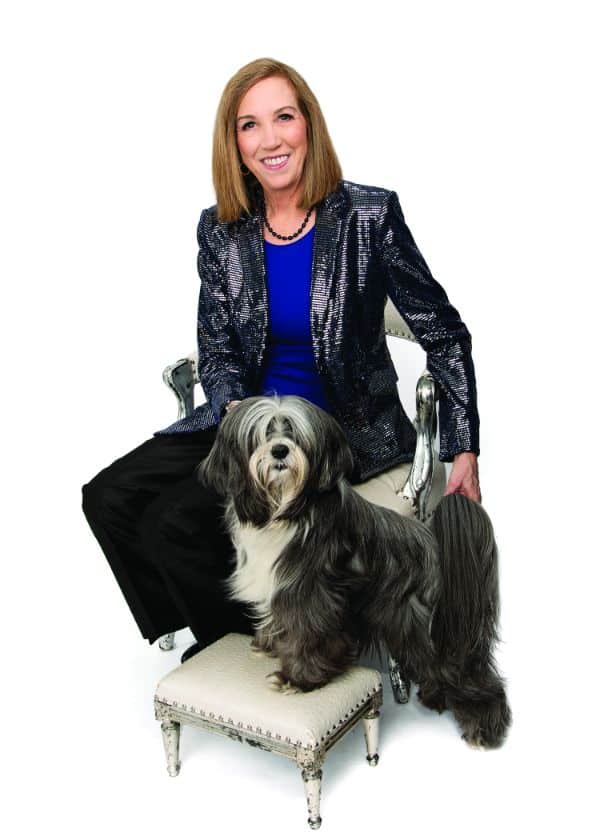 Take control of your dog! There are two kinds of people in this world. There are leaders and there are followers. Which are you? If you’ve been in the world of dogs for a while, you know that the exhibitors who are most successful in the sport are leaders who are forecasting into the future. They have a mindset that involves preparation and a long-term performance plan. Leaders take action.

Preparation includes steps for both you
and your dog.
Command a leadership role with every action step that you plan and
execute. Your dog needs to be socialized with
people outside its
home household, as
well as with dogs that are of both the same
and different breeds.

Successful exhibitors understand that preparation is key. Preparation is a vital process that runs on a continuum, from the planning of litters to planning a show schedule. Preparation is establishing a solid foundation, which involves far more than pulling the dog off the couch the day before the show to give it a bath.

Present your dog as though he was about to win Best in Show at Westminster!

In the spring of 2020, amidst the COVID-19 pandemic, leaders started to create plans for puppies on the way, and for those in the whelping box or the young hopefuls. Even exhibitors with limited experience realized that they needed to set up a plan. It was essential to get their dogs out into the public to expose them to new, interesting, and unfamiliar or even scary things. These puppies were ready to perform once dog shows restarted.

I recently interviewed a successful owner handler who had less than two years in the sport. Early last year, he set up a schedule to take his puppies to home improvement and farm stores. He practiced his training routine with his puppies in the lumber area, to get them used to loud noises and smells that he couldn’t duplicate at home.

It doesn’t necessarily take experience to create a successful plan. It takes action. In the example above, the exhibitor was just starting out in the sport when he created his plan. He demonstrated that he takes the sport of dog shows seriously and is committed to participating long-term. What is remarkable about his plan, (though he didn’t say this) is that, I think, he also set a training schedule for himself in the art of table presentation, the free stack, and his own cadence and foot timing.

His work was duly rewarded as he finished his two puppies quickly with 5-point majors! His young puppies walked into the ring confidently, happy, and striding out in a breed-appropriate gait. He walked alongside them with a poise that lent them self-confidence. His strategies provided leadership to his puppies, and the confidence that he’d gained during the practice sessions traveled down the lead to his puppies.

Another example of dogs needing us to take the lead is with Mary. Mary is a Dog Show Mentor member who shared with me that she was working through a training issue with her dog. She wondered why her dog was taking more steps than he had previously taken to reach the stop and stand at the end of the individual evaluation. Through the use of video, she understood, in a flash, the reason. She was taking more steps than she used to, and the dog was matching her steps. She realized that she had lost some of her fitness, which had caused her to slow down a bit. Having identified the issue, as the leader, she adjusted her steps—and so did the dog. This demonstrates the trend that recognizes that our dogs mimic us. When we take three steps, they take three steps.

What happens when you don’t do the preparation and training?

As a longtime breeder, I’ve observed that there are three kinds of puppies. The first group is bomb-proof, nothing bothers them; the second group, and the predominant portion of the litter, turn out well when properly socialized and trained; the third group, if present, will not be great citizens, no matter the amount of socialization.

There is current research that demonstrates how nearly all the puppies in a litter will fall into the first group, if appropriate neonatal stimulation practices are applied. So, the answer to the question above is—it depends. What do you do as a breeder/owner/handler? What kind of exposure do you give your puppies and young dogs? Maybe you’re the breeder who does it all, and all the puppies turn out with perfectly balanced temperaments.

I ask myself as a judge, mentor, and breeder/exhibitor: Who are the breeders who have raised the dogs in the ring that are hesitant, confused, and uncertain? And which breeders do owner handlers purchase these dogs from? These owner handlers either haven’t done adequate research into breeders and/or the breeders aren’t adequately educating their puppy buyers in how to train and socialize
their puppies.

We don’t know what the core cause is, nor can we identify each puppy or dog’s issue; however, there are some tips that I can provide from a judge’s perspective. I’m not normally concerned about any particular breed. My first breed is Rottweilers, which I bred for twenty-five years. I have a lot of experience in “reading” dogs. So, when a medium or large breed is not adequately trained to stand, and when the handler doesn’t take control of their dog’s head, perhaps drops the lead, or the dog’s posture is leaning away with wide eyes, yes, I feel at risk.

When the handler asks me to, “please try again, she’s friendly,” and I’m not seeing “friendly” in body posture or eyes, and then the handler tells me that she couldn’t socialize their dog last year—I continue to feel concern for my safety. It is critical to learn how to take control of the dog, especially the head. The head controls the dog. I would certainly “try again” if the dog was stacked and the exhibitor demonstrated that they knew how to, and subsequently did, take control of your dog and the situation. That would likely end on a positive note for the dog, the handler, and the judge.

Training encompasses both you as the handler and, by
extension, your dog in the choreography of ring presentation.
That composition includes learning how to present your
dog’s dentition to the judge, and how to walk or run in
a way that enhances your dog’s breed-specific gait,
practicing how to stand for exam, and how to stand out!

Please don’t expect the judge to do your dog training for you. It’s not fair to your dog or to the judge. I am sometimes baffled at the number of exhibitors who actually tell me that they are using dog shows as a handling class.

When exhibitors with under-trained, under-socialized dogs are not stepping in as leaders for their dogs, they become allocated to the role of followers. They have allowed their dogs to make the decisions. The dogs are in control, so take control of your dog.

Show up prepared to execute as planned

Picture in your mind how you want your dog to behave, not what you fear might happen. Here is a common scenario that I have observed: The handler is concerned because he knows his dog doesn’t stand well for exam. In a vicious cycle, the dog becomes more anxious as he is picking up on the handler’s unease. I ask you, do you bring out the best (or the worst) in your dog? What energy are you transmitting to your dog? Are you confident or anxious?

If you are in the sport of dog shows for the long game, consider what you have to do to get your dog into a position to win. As leaders, we must implement a mindset that facilitates preparation and a long-term plan. Before you go to your next show, create an action plan and retrain your dog. Do the preparation that will allow you to step into the ring with full confidence. Show up prepared to execute as planned. Be a leader for your dog so that he can rely on you to make the next ring experience a good one; actually, let me restate—a brilliant one!

If you’re having a problem with showing an anxious dog:

All photos are courtesy of Lee Whittier. 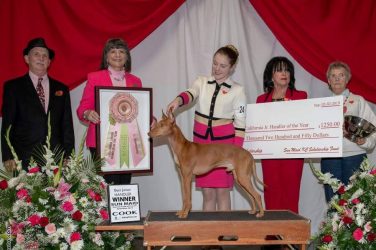 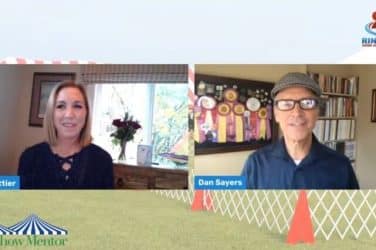 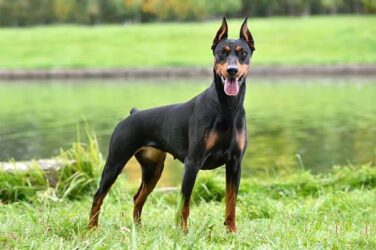 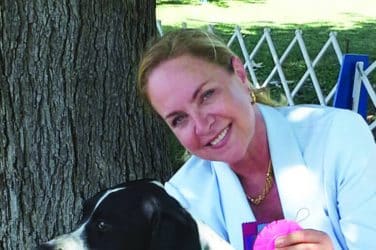