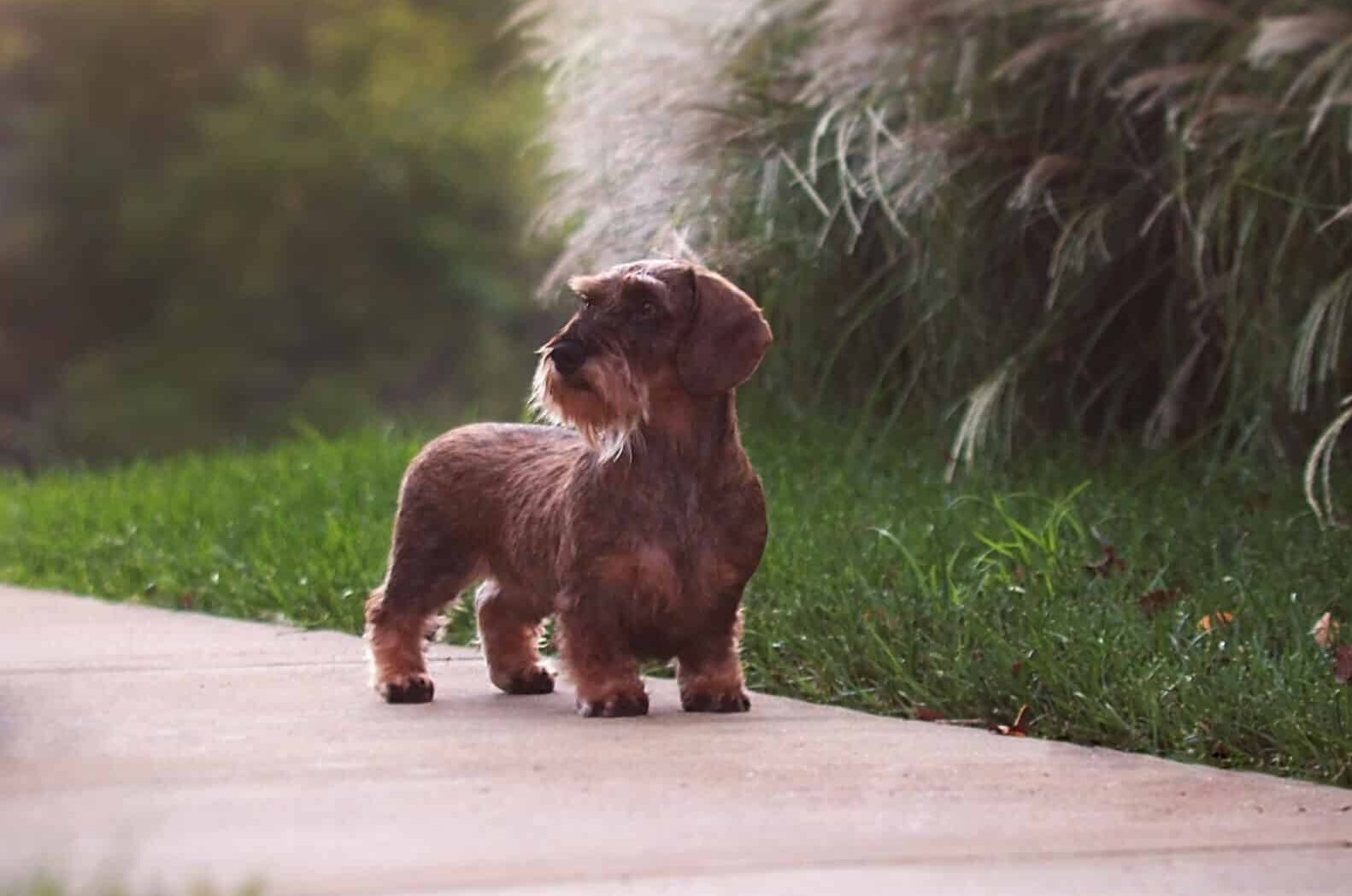 One of the distinguishing features of the Dachshund, and a very important component of breed type, is the structure of the Dachshund front. Unfortunately, very few correct (or even nearly correct) fronts are seen in today’s conformation ring. One must always remember that the Dachshund was designed and bred to hunt badgers.

First and foremost, the Dachshund is a hunting dog. His unique body type was specifically developed to hunt badgers underground. The Dachshund’s strong hunting instincts make him an excellent trailing dog as well. Thus, he should always exhibit the structure and temperament traits that are necessary for him to perform effectively below as well as above ground.

In order for the Dachshund to accomplish the work that he was bred to do, a proper front is essential. When working, it is the front of the dog that takes the most abuse. This is why a correctly put together front is so important for the dog’s endurance in the field.

The Dachshund front is even more specialized to enable him to work effectively underground. There are several key points to remember regarding the Dachshund front as it is described in the breed standard. One of these is that when the Dachshund is viewed in profile, the breastbone (forechest) is very prominent in front. This prominence creates depressions or “dimples” on either side of the breastbone that are quite apparent. Viewed from the front, the chest appears oval and extends downward to the mid-point of the forearm. The keel merges gradually into the line of the abdomen and extends well beyond the front legs.

Another key component of the Dachshund front is the shoulder assembly. The bones of the shoulder are long, broad, well-laid-back, and closely fitted at the withers. Ideally, the upper arm is the same length as the shoulder blade and is placed at a right angle to it. The forearm is short and slightly curved inward and, as the breed standard states, “The joints between the forearms and the feet (wrists) are closer together than the shoulder joints, so that the front does not appear absolutely straight. The inclined shoulder blades, upper arms, and curved forearms form parentheses that enclose the ribcage, creating the unique wraparound front.”

The “wraparound front” is a unique front assembly that is not seen in many breeds. Thus, many judges who have not had previous experience with this type of front may have some difficulty in assessing it correctly. This situation is further compounded by the fact that there are not many Dachshunds with correct or even nearly correct fronts being shown in present-day conformation competition.

Too many Dachshunds in the show ring today lack forechest, and have straight shoulders. When viewed in profile, Dachshunds with these faults stand with the front legs under the neck rather than under the withers. The neck appears to meet the withers at a 90-degree angle instead of the slightlyarched neck flowing smoothly into the shoulders. The keel stops abruptly, or just slightly behind the front legs rather than extending well beyond them. Dachshunds which lack proper construction in these areas may present a pleasing profile with a nice, level topline. However, their lack of proper construction becomes apparent when they move.

Proper Dachshund and Its Movement

Proper Dachshund movement should be fluid and smooth. The forelegs should reach well-forward without much lift. A correct shoulder assembly and well-fitted elbows permit a long, free stride. Feet must travel with no tendency to swing out, cross over, or interfere with each other. Short, choppy movement, a rolling or high-stepping gait, and feet that are too close or overly wide coming or going are incorrect.

To endure the arduous exertion needed when underground, the forequarters must be correspondingly muscular, compact, deep, long, and broad. The shoulder blade should be long, obliquely and firmly placed upon the fully developed thorax, and furnished with muscles. A good slope of shoulder, approaching 45 degrees, is desired, with equal length of shoulder and upper arm. This proper length will produce extension and give equal reach to the hindquarter’s push. The forelimb is used for thrusting, upward propulsion.

The Dachshund Club of America strongly urges all judges to pay particular attention to the fronts of the Dachshunds they judge. When a correct or nearly correct front is found, and all other factors have been considered, it should be highly rewarded.

Are you looking for a Dachshund puppy?

Want to help rescue and re-home a Dachshund?

Did you know nearly every recognized AKC purebred has a dedicated rescue group? Find your new best friend on the AKC Rescue Network Listing here.

Read and learn more about the friendly Dachshund Dog Breed with articles and information in our Dachshund Breed Magazine. 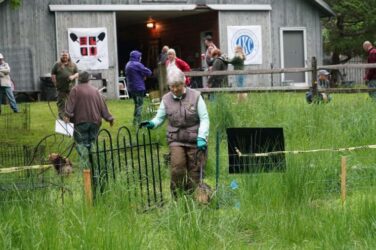 Earthdog tests provide a venue so that all dog owners can test and evaluate ... 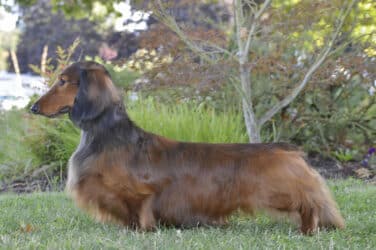 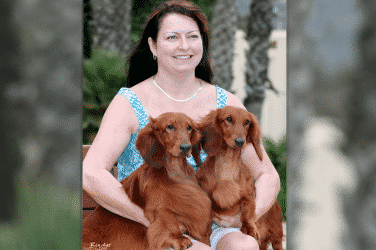