The Bouvier des Flandres is a herding dog breed originating in Flanders, Belgium. Beneath their weatherproof coat they are heavy boned and powerfully built. The French name of the breed means “Cow Herder of Flanders”, referring to the Flemish origin of the breed. Its impressive head is accented by beard and mustache. Bouviers are great watchdogs, protectors, and herding trial competitors. Bouvier des Flandres can do anything that needs doing in a barnyard or pasture except milk the cows. And yet, Bouviers are more than just farm equipment. Their sterling character, huge heart, and keen intelligence endear them to dog lovers the world over.

Bouvier des Flandres are generally healthy dogs, with the life expectency being from 12 to 15 years.

Bouvier des Flandres is claimed by both France and Belgium as a native breed. As their early names suggest, Bouviers were cattle movers. Farmers in France and the Low Countries preferred one versatile dog over a team of specialists, thus Bouviers worked as herders, watchdogs, guardians, and cart pullers. When World War I started, the pastoral home of the Bouviers was transformed into a terrifying battleground. Farmers in the area were forced to relocate, and their dogs were either lost or killed. The Belgian army was in charge of preserving the breed, and Bouviers made a name for themselves as brave and resourceful fighting canines. The Bouvier was once more on the verge of extinction after the Second World War, but European immigrants preserved the species in America.

The American Bouvier des Flandres Club was founded in 1963. 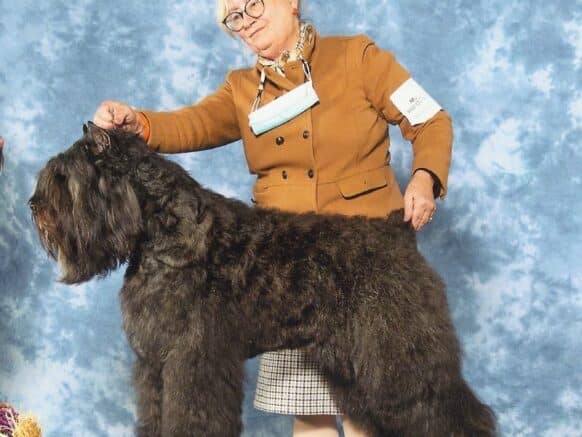 In the Ring With Owner Handler Jeannette Nieder 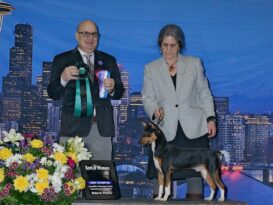 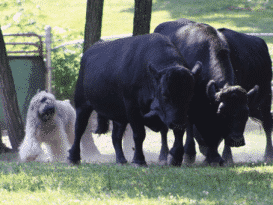