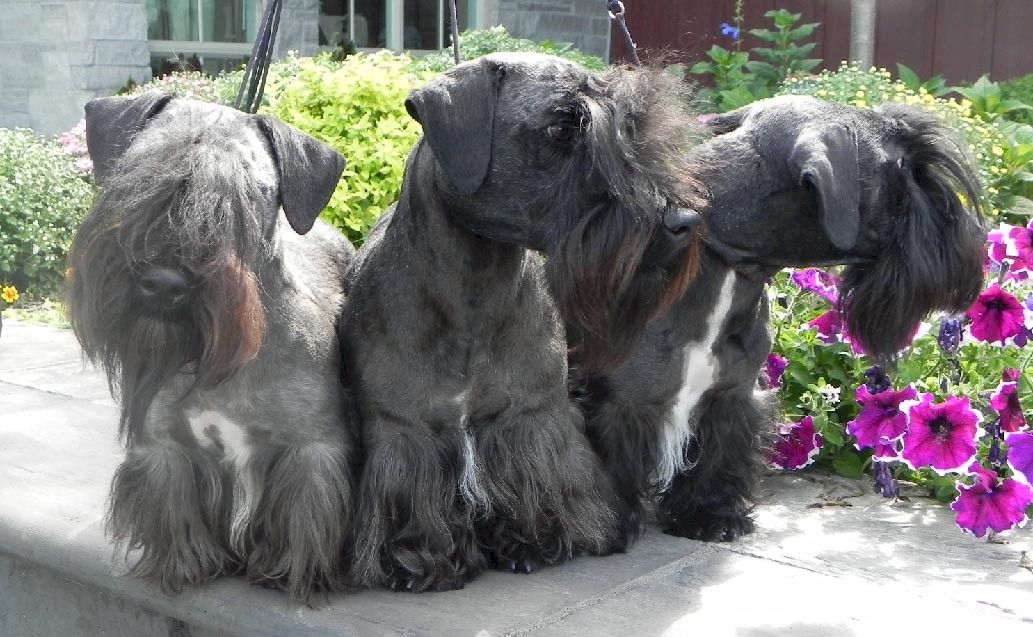 Everyone judging Terriers has a breed standard to which he or she can refer. Sometimes, however, in a group that is so diverse beyond “essential terrier characteristics”, a judge might wonder how to fairly evaluate the individual members of this unique Group. As a part of this diverse collection, the Cesky Terrier is perhaps even less easily critiqued. Why?

It could be the Cesky’s relatively recent entry into the Group that makes it largely unknown. Its small population in the US may also make it less recognizable. Maybe more tradition-bound judges rely exclusively on more general Terrier characteristics. For example, a Terrier must spar or must be hand stripped. Neither is true of the Cesky. Conceivably it could be a lack of formal classroom education. Whatever the reason, it’s easy to understand why a judge may have concerns about the Cesky ranging from it variation in size, color and temperament to its gait, tail carriage, etc.

What is a Cesky Terrier supposed to be? Simply, it was created to be a pack-friendly hunting dog that worked the watershed area about the Danube River in the Czech Republic. This is an environment of bogs, thickets, thick forests, fields and burrows. Here the Cesky stalked rabbit, fox, other burrow dwelling creatures as well as deer, wild pig and boar.

The new Cesky Terrier Standard approved by AKC on July 11, 2017 was refined from its original version to approximate its European counterpart and the original design of the Cesky creator Frantisek Horak. For those who understand this new Standard, appreciate the hunting terrain, as well as the dog’s mission as a hunter, questions about its design and nature give way to genuine education.

Size matters. Dimensions specifically stated in the Standard should be followed. Those dimensions in conjunction with how they fit together in the dog (proportionality) are crucial. It is understandable why a muscular, 25 to 28 pound male Cesky would catch a Terrier judge’s attention. However, that Cesky should weigh 22 pounds which is the top of the ideal weight range in the Standard. A lighter-weight dog would fare far better navigating the terrain of his native country. Some judges in the Czech Republic think American Ceskeys are “too big” and/or “too fat”. A Cesky Terrier, dog or bitch, must be lean, solid and compact to do the job for which the breed was developed.

Proportionality in the distribution of body mass, whether the Cesky is 13 or 22 pounds, is also important, as is gait, i.e. the manner in which the Cesky carries that mass. There is a certain drive and reach a well-proportioned Cesky has. Consider a low center of gravity in an NFL running back. Like a ball player, a hunting Cesky must make sharp turns, explode with speed and energy when giving chase or move laterally instantly if prey 10 times its weight comes charging toward it. The gait must be effortless, free of any encumbrances and show endurance. Therefore, the descriptor “a well-muscled, short legged hunting Terrier” is applicable. Even a skeptic cannot imagine an overweight, ill-proportioned and out of shape athlete as successful.

Why is the Cesky temperament described as ‘somewhat reserved towards strangers’? It’s a pack friendly hunting dog. Its creator, Frantisek Horak, became disenchanted hunting with Scotties. He believed, rightly or wrongly, that Scotties spent more time attacking one another than pursuing their quarry. To offset this self-aggressive pack mentality, Horak spent years looking for the right Terrier (the Sealyham) to breed with his still beloved Scotties. Hence, Ceskeys typically do not spar at home and are not to be sparred in the show ring. Owners of multiple Ceskeys will tell you they thrive in an environment of “the more the merrier.” As one owner put it, “They can form a daisy chain of butt sniffers and no one minds.”

Outside the pack this same non-aggressive, reserved character trait responds to a kinder, gentler judge’s hand. Cesky handlers complain about judges wearing hats, approaching the dog from behind or over the dog’s shoulder, making sudden gestures or movements or exhibiting any aggressive behavior. Lest a judge believe them cowardly, wild pig or boar hunters can dispel that rumor. A Cesky will make up its own mind about what it considers a threat.

Color does vary and is part of the Standard. Born black or chocolate brown, the Cesky can become any shade of grey from charcoal to platinum. They can also be light coffee color. The overall color of any individual Cesky must be uniform. The Standard is very specific about deviations in color; brindling is also addressed. It is worth noting that the variations in color were generated by the genetic variabilities of breeding a Scotty and a Sealy.

The term “designer dog” has been used to describe the breed, and they are…like the Labrador Retrievers, Rhodesian Ridgebacks, Doberman Pinschers and Border Collies. Like the vast majority of AKC-recognized dog breeds, the Cesky Terrier was developed to do a specific task, and do it well. Clearly, anyone knowing the length of time Mr. Horak took to develop the Cesky would never use this “dog in a minute” term. Frantisek Horak worked from the 1920’s and into 1948 before he achieved his dream of a Cesky Terrier.

The Cesky’s tail is another consideration. How it is carried is not a clear indication of the dog’s state of mind save when it is tucked between its legs. A tucked tail is a sign of distress. Normally the Cesky Terrier carries its tail down and anywhere between there and up and sabre-like. Compare anatomy in people. Some folks stand straight, some lean forward, and some outright slump. That variability defines the nature of the Cesky tail as well. The Standard addresses the undesirable “squirrel tail” or a “tail touching the back”. The Cesky tail carriage may not be what more traditional judges are used to seeing, but it is the Cesky tail and the Standard.

Other aspects of the animal require scrutiny. The ratio of the height of the dog at the withers to its length (sternum to buttocks) is 1:1.5. Specific ideal dimensions are in the Standard. Questions to be asked are: Does the top line rise slightly from the withers (lowest point) to the loin and rump (highest point)?

When critiquing this, determine whether the rise ends prematurely giving the dog an arched back with the highest point in the middle of the spine or is the top line flat. Sometimes positioning gives either effect and is the fault of the handler. Does the tail begin at the distal most aspect of the spine in the descent to the rump? If not, the dog presents a tail set either too high or too low. Is the body lean and proportioned? Judges should not see rolls to the skin or a tummy that isn’t tucked up. From above, is the dog shaped like an artillery shell? The distal outline of the lungs and the hips forming the case of the shell. Does the dog move effortlessly? Given these attributes it is readily understandable why the Cesky is a creature of the burrow as well as the thicket.

When checking dimensions, again the questions a judge should ask are: Is the head 7-8″ from the notch at the back of the head to the tip of the nose and is there a 3-4″ space between the ears? Consequently, when viewing the Cesky’s head from above and applying the standard’s criteria defining the head and muzzle does this portion of the dog’s anatomy look like a long blunt wedge? And, is this not an ideal tool for hitting prey? Are the ears dropped forming a triangle, the bend of which does not rise over the crown of the skull? Do the forward edges of the ears lay close to the cheek? It stands to reason that having these traits, a Cesky pursuing prey in the burrow would have these body parts tight to its frame? The Cesky fall, of course, protects the eyes.

Full dentition is required in the Cesky Standard. In any hunting dog this is critical. When examining the Cesky, don’t just look at the teeth from canines forward. Most importantly, do those lower canines fit easily and smoothly into the notches either side of the mouth in the upper set of teeth? This is the “locking” mechanism to hold prey.

The chest should be cylindrical and well sprung. A judge should place a hand between the dog’s front legs and let the dog’s chest rest there. A judge’s hand should only feel the center of the rib cage. The rest of the chest rises up and out. With the chest down and flat, the Cesky would be a wide body and unfit for a burrow. For the same reason, the set of the shoulders, and the shape of the legs and feet, are also important. The shoulders are muscular, well laid back and powerful. The elbows fit closely to the sides of the animal presenting a compact, no wasted motion to the gait; again similar to an athlete. Forelegs are short, straight, well boned and parallel. Forefeet are large with well-developed pads. In the hindquarters, the thighs are longer in proportion to the lower leg with the stifle well bent. Hind feet are smaller, with smaller, but equally well developed pads. Everything here is predicated on digging, moving underground, capturing and bringing the prey out of the burrow or simply dragging bigger prey across a field.

Judges know how important a standard is. Perhaps what should be stressed in Judges’ Education is how the breed was created and/or refined to facilitate its mission and how the standard is meant to give the judge a guideline in presenting awards to animals who best present traits that exemplify that mission.

Judges wishing further clarification on the Cesky Standard or on Cesky anatomy are invited to contact the American Cesky Terrier Fanciers Association for a Judges’ Education Slide Presentation as well as a copy of the new standard. Classroom seminars may also be arranged. Contact ceskyTerrierfanciers.org.

When judging the Cesky it is important to understand that when all the nuances of the Standard are clearly understood, there’s no question concerning the animal’s worth as a proven Terrier.

The Standard defines the anatomy important to a dog hunting prey in burrows as well as above ground. 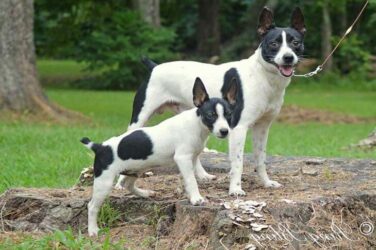 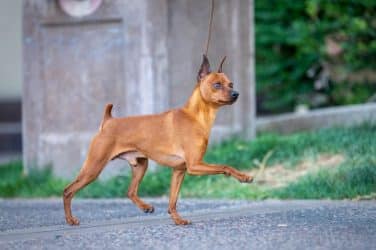 How to Judge Affenpinscher?

Learning how to judge Affenpinscher can be difficult for several reasons. As a rare ... Read on to learn how the Basset Hound breed is judged in the AKC ...