Cardigan Welsh Corgi is a long and low-set dog breed, with strong bones, short legs, and a deep chest. They are intelligent dogs and fast, strong workers. They have a variety of coat colors, including red and the well-liked blue-merle pattern. Check the hindquarters to tell the difference between Cardigans and their Pembroke Welsh Corgi cousins. Cardigans have tails, while Pembrokes do not.

Cardigan Welsh Corgis measure 10.5 to 12.5 inches in height, at the shoulder. The usual weight range for males is 30 to 38 pounds. Females come in the weight range of 25 to 34 pounds.

The Cardigans are generally a very healthy breed, with the life expectancy being 12 to 15 years.

The Cardigan Welsh Corgi is named from the medieval kingdom of Cardiganshire, Wales. They are among the most ancient British breeds. The name “corgi,” originally “kergie,” is ancient Celtic meaning “dog,” and historians hypothesize that early corgis were transported from Central Europe to Wales by the Celts during their massive migrations to Britain around 1200 BC.

The versatile Cardigan did double duty, driving the herd during the day and watching over the flock at night. To better nip at the heels of calves and prevent being kicked, Cardigans are constructed low to the ground. Cardigans have served in different capacities including farm dog, hunting partner, family guardian, and athlete throughout the lengthy history of the breed. The breed has a long history of being connected to British tenant farmers, who relied on their dogs to help them have a modest livelihood from the pasture land that the crown granted them.

In the United Kingdom they were regarded as one breed up until 1934. In June 1931, the United States received its first breeding pair of Cardigans. Four years later, the AKC fully recognized the breed. 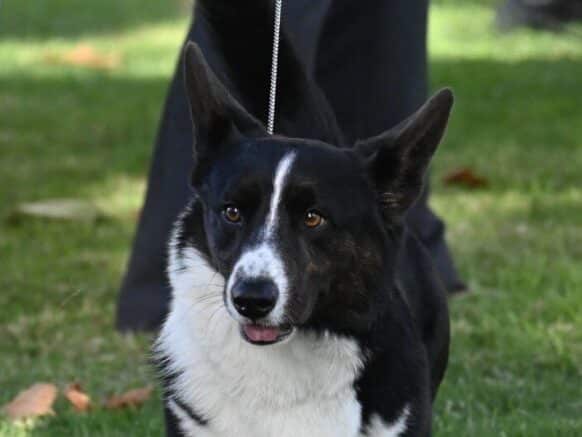 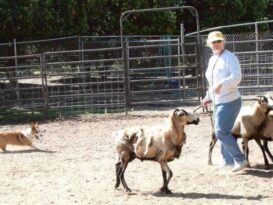 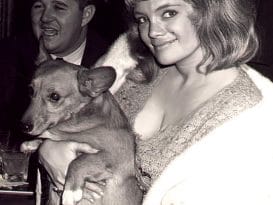 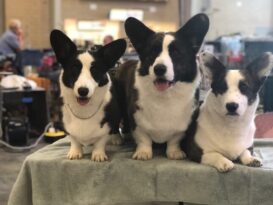 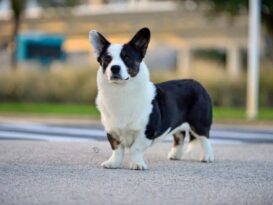 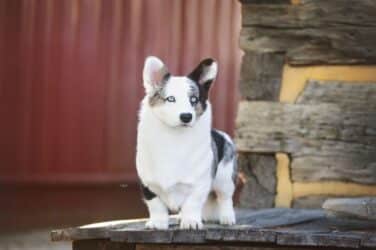 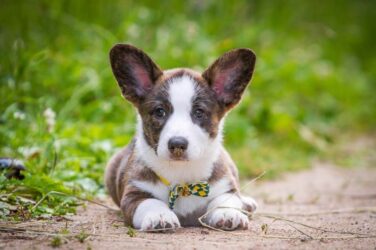 The purebred Cardigan Welsh Corgi, one of the oldest breeds in the British Isles, ...